November 7, 2022
Rusty Papachek named Director of Business Development
KodaBank proudly announces Rusty Papachek as its Director of Business Development for its Fargo-Moorhead Region.  Papachek brings over 30 years of executive management and strategic leadership experience.
A native of Cando, ND, Papachek graduated from the University of North Dakota and has been an active member in the Fargo community.  Papachek's involvements include - the Fargo Park District and the Fargo Public School Board.  He currently resides in Fargo with his wife and has two grown children.
October 3, 2022
KodaBank welcomes Hunter Casper as Bemidji Market President
KodaBank is proud to announce Hunter Casper as its Market President of the Bemidji, MN Branch.  Casper, a graduate of Bemidji State University, started his banking career in 2019.  He brings a great amount of leadership experience to the Bemidji Office.
Hunter currently resides in Bemidji.
August 22, 2022
KodaBank names Anderson Grand Forks Market President
KodaBank is pleased to announce the promotion of Cole Anderson to Market President of the Grand Forks Region.  Originally from Drayton, Anderson graduated from UND with a degree in Accounting and started his banking career with KodaBank in 2015.
According to KodaBank - Grand Forks/Fargo Region President John Holland, "Cole has a strong banking pedigree, is very bright, and genuinely cares about his customers.  He's a great fit with our growing bank at Grand Forks and people will enjoy doing their banking business with Cole."
Cole currently residents in Grand Forks with his wife and son.
April 26, 2021
KodaBank hires Brittany Funaiole
KodaBank is pleased to welcome Brittany Funaiole to the KodaBank family.  Brittany comes to us with 3 years of banking experience having worked in several different departments.  She will join the staff at our Grand Forks branch when it opens this summer.
Brittany is originally from Drayton, ND and has just recently moved back to the area.  She currently lives in Grand Forks.
Welcome, Brittany!
February 24, 2021
KodaBank Welcomes Rebecca Koropatnicki
KodaBank would like to announce the hiring of Rebecca Koropatnicki .  Rebecca will be working at KodaBank's Pembina branch as a Customer Service Representative.  Rebecca's previous work experiences in customer service have prepared her well for her new position.
Rebecca is originally from Shelly, MN and now resides in Pembina, ND with her husband and newborn baby.
Welcome, Rebecca!
February 22, 2021 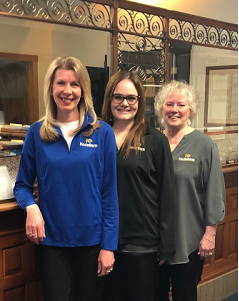 KodaBank Welcomes Staff from the Bank of Hamilton
KodaBank is excited to introduce the newest members of our staff family.  Kelley Mattson, Lisa Keney and Cindy Henschel were the existing staff from the Bank of Hamilton which merged with KodaBank on Friday, February 19.  Combined, these women have 84 years of experience working at what is now our newest branch in Hamilton, ND.  We are glad to officially welcome them to the KodaBank family!
February 22, 2021
Bank of Hamilton Merges with KodaBank
DRAYTON, ND - Federal and state banking authorities recently approved the merger of KodaBank and the Bank of Hamilton, with KodaBank named the surviving financial institution.  The Federal Deposit Insurance Corp., and the North Dakota State Banking Board affirmed the merger in mid January 2021.
The two community banks merged effective February 19, 2021.  The Hamilton office will retain its existing staff and is now the 10th location of KodaBank, joining current office locations in Drayton, Minto, Cavalier, Pembina, Neche and Walhalla, ND and Stephen, Kennedy and Bemidji, MN.
For more than 50 years, Wes Argue presided as owner and president of the Bank of Hamilton.  Argue is confident that the merger will allow customers to enjoy the same quality service and benefits of hometown banking from the staff they've depended on for decades.
KodaBank President Peter Anderson, who has served as president of KodaBank for 25 years, said that this merger is an exciting time.  "Bank of Hamilton has a rich and longstanding history as the oldest state chartered bank in North Dakota.  We are honored to have this legacy now become part of KodaBank's history and culture."
January 26, 2021
KodaBank Hires Tim Hendrickson
KodaBank would like to welcome Tim Hendrickson to the KodaBank family.  Tim brings with him more than 20 years of experience working with consumer, commercial and mortgage loans.  Tim will join the KodaBank team at the Bemidji, MN location as a commercial lender.
Welcome, Tim!
January 12, 2021
Angie Stockton and Pat Hardy Retire from KodaBank 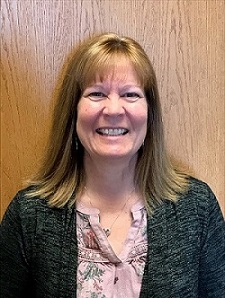 KodaBank would like to congratulate Angie Stockton and Pat Hardy on their recent retirements.
Angie has been part of the bank family since 1988.  In her 32 years, Angie has fulfilled many roles, most recently serving as the Market President for both the Pembina and Neche branches.  Her hard work and ambition will be missed.
Pat Hardy became a member of the bank family in 2002.  From the onset, Pat played a key part in establishing both the insurance agency and bank in Walhalla.  In his most recent role, Pat served as the Market President and oversaw insurance sales in Walhalla.  His commitment to the bank throughout the years is appreciated.
Thank you Angie and Pat for your many years of dedication!
December 16, 2020
Janet Wysocki Joins KodaBank
KodaBank is pleased to announce the hiring of Janet Wysocki.  Janet brings 40 years of banking experience with her to KodaBank.  She has specialized in loan support for commercial and agricultural lending in the past and will continue to work in a loan support role for KodaBank.
Janet is from Oakwood, North Dakota and currently calls Grafton, North Dakota home.
Welcome, Janet!
December 10, 2020
Construction Continues at Grand Forks Location
Progress is quickly being made at the KodaBank building in Grand Forks.  On December 3rd, drones captured aerial photos of the site on the corner of 40th Avenue South and South Columbia Road. 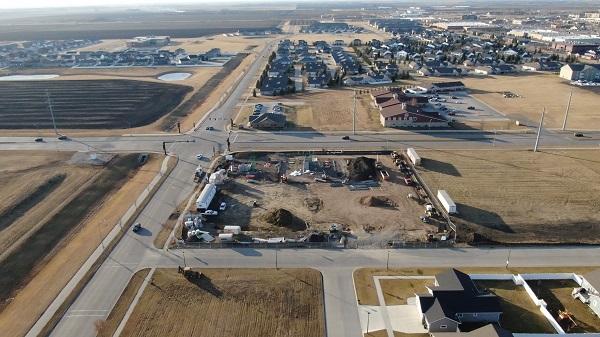 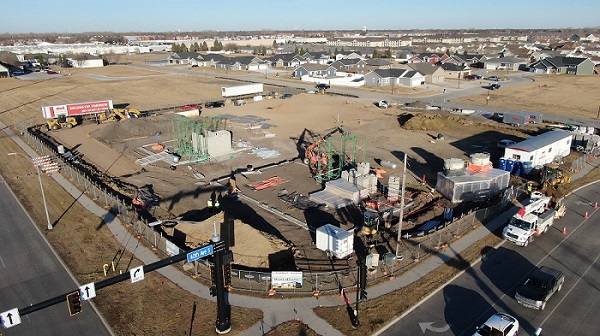 November 23, 2020
KodaBank Welcomes Lilly Lysengen and Paula Gapp
Lilly Lysengen has joined KodaBank as a Customer Service Representative at our Drayton location.  Originally from St. Thomas, North Dakota, Lilly currently resides near Lake Bronson, Minnesota.  Lilly comes to us with previous banking experience.
KodaBank would also like to welcome Paula Gapp as she joins our bank in Cavalier as a Loan Officer.  Paula is originally from Cavalier and continues to reside there.  She brings 13 years of banking experience with her to KodaBank.  Paula is looking forward to working in the consumer loan department.
Welcome, Lilly and Paula!
November 17, 2020
KodaBank Hires Nicholas Gratton
KodaBank is pleased to announce the hiring of Nick Gratton, Loan Officer of Walhalla.  According to Jered Kemnitz, Market President for KodaBank, "We are excited to have Nick join the KodaBank team at Walhalla.  Nick grew up in Walhalla and those local ties will help KodaBank serve the community and the surrounding area."
Kodabank currently operates ten banks in North Dakota and Minnesota.
November 10, 2020 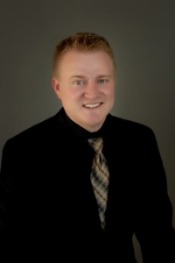 KodaBank is pleased to announce the hiring of Chase Boen as Vice-President and Sr. Loan Officer.  Boen comes to KodaBank with 10 years of agricultural lending and management experience.  According to KodaBank President and CEO Pete Anderson, “we are very excited to have Chase join the KodaBank team.  With his experience and strong presence throughout our region, he is a great addition and further reinforces our community bank’s commitment to agriculture.” 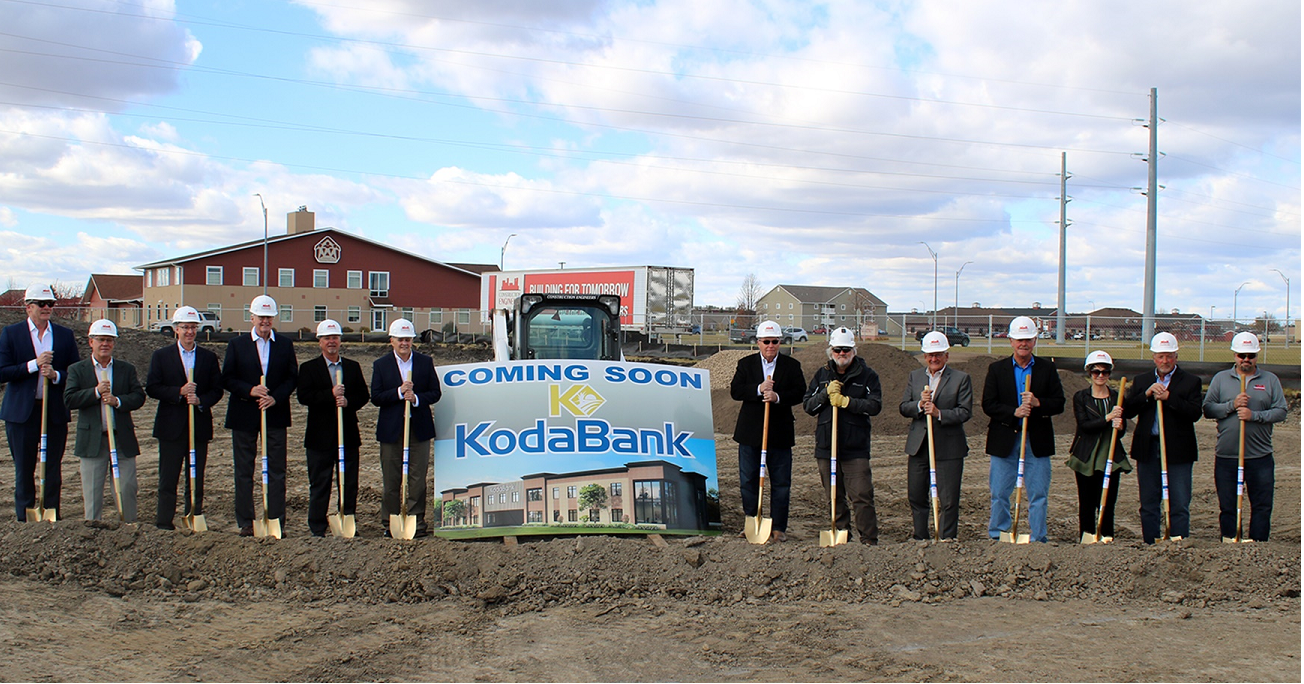 KodaBank Building New Bank in Grand Forks
KodaBank, a subsidiary of Koda Bancor, recently held a groundbreaking at 3901 South Columbia Road, Grand Forks.  Pete Anderson, President and Chief Executive Officer of Koda Bancor, was joined by KodaBank employees and board members.
According to Anderson, Koda Bancor currently has nine bank locations in North Dakota and Minnesota.  "We look forward to serving the Grand Forks region with the same community banking model that has been the foundation of our success.  Our customers enjoy the latest technology and banking products supported with a live person answering the phone."  The bank will also house Koda Insurance Agency offering a full line of insurance products.  "We are excited to be expanding our footprint in to the thriving community of Grand Forks," said Steve Brekke, Insurance Agent for KodaBank.
Construction Engineers of Grand Forks is managing the new construction project for KodaBank.
October 13, 2020 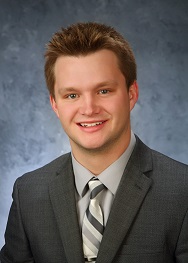 Kemnitz joined KodaBank in 2018 with a background in agronomy and banking.  In addition to volunteering on the Cavalier Fire Department and Ambulance Service, Kemnitz currently serves on several local boards.   A native of Cavalier, he enjoys spending time with his wife and children and golfing.

Also a Cavalier native, Ford joined KodaBank in 2016 with a commercial and agricultural background.  Married with two small children, Ford is currently President of the Cavalier Chamber of Commerce and in his free time enjoys hunting, fishing, golfing.

KodaBank currently has nine locations in North Dakota and Minnesota with plans to build a bank in Grand Forks in 2021. 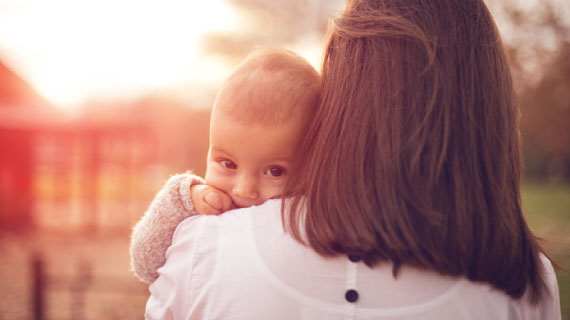 KodaBank's personal lenders will take time to work closely with you on your family's finances. 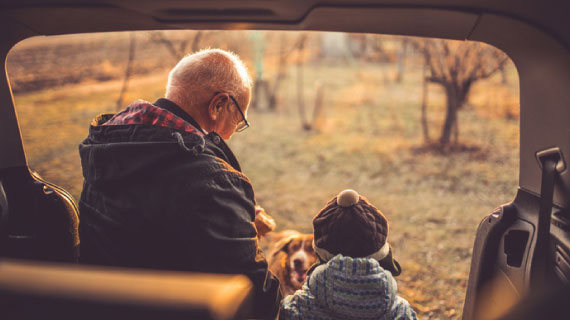 Learn how these options can help you save for retirement.